The vaping industry has matured by leaps and bounds in recent years, and companies like VaporFi have been a big part of the reason why that evolution has occurred.  With excellent product design and an attention to performance detail, VaporFi has consistently produced some of the most affordable and high-quality vaping tools available in the marketplace from vape pens like this one and the Vaporfi Vex and Vox box mod range which we have also

reviewed. They’re not alone in that, of course, but it’s important to give credit where credit is due. Naturally, that kind of success can lead some to predict that it all must eventually come to an end – that there will at some point be a VaporFi product that is so bad that the company’s reputation takes a beating. In this VaporFi Pro 3 Starter Kit review, we’ll see if this latest iteration of the VaporFi Pro is the product that causes that disaster.

The Vapor Pro 3 should, in theory, offers an improved experience above and beyond its ancestor and claims to be one of the best e cigarettes around for the money. That’s usually how these updates work when a new version of an old classic comes out. To be sure, things don’t always work out that way. Sometimes, the new device is almost indistinguishable from its predecessor. At other times, changes are made that actually cause the product to take a step backward in quality. So, how does the VaporFi Pro 3 do in that regard? Overall, things look promising.

The starter kit is, like that original Pro product, targeted toward beginners. If you read reviews panning it for being less useful for intermediate and expert users, remember this fact and take the review with a grain of salt. It’s only logical that this device doesn’t offer a lot of customization and flexibility – it’s made for new vapers! As a result, it emphasizes convenience and easy usability. If it wanted to appeal to more advanced users, its focus would be very different. Bottom line: don’t judge this product using the same criteria that you would apply with a device targeted toward expert users. This isn’t that kind of product.

Instead, this kit is designed to be an affordable and efficient vaporizer offering for beginning vapers. It’s clearly targeting recent smokers who want to quit via vaping as well, since it incorporates some of the most advanced technology for mouth to lung vaping that you’ll find anywhere in the industry. As most readers already know, that style of vaping is similar to the way that most smokers smoke. By using mouth to lung in its product, VaporFi is ensuring that ex-smokers who are just entering the vaping universe have a great entry point product that seems familiar enough to ease their transition. 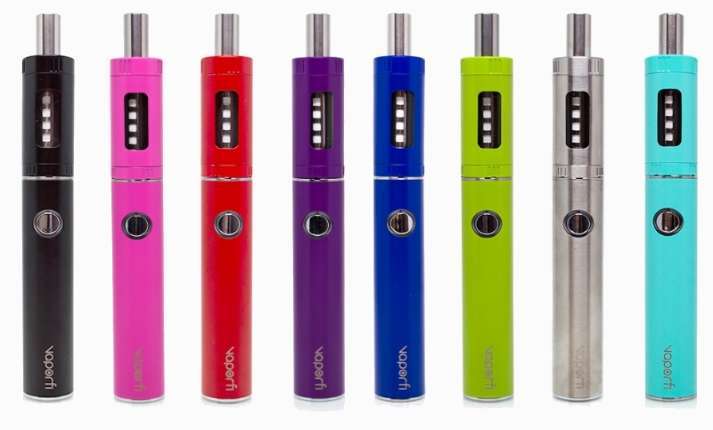 The device comes in a total of eight different color options, which is an important feature if you care about such things. Many of the colors lean toward the more feminine look, with pink and various pastels to choose from. There is also a nice steel-toned device and one that is black if you want something more traditional. The Pro 3 is easily disassembled, with a top-fill design that makes it about as simply to use as you can expect. The trigger button is stable and easy to activate, and the battery is powered by a standard USB cable. All in all, the device is about what you would expect from a build standpoint. 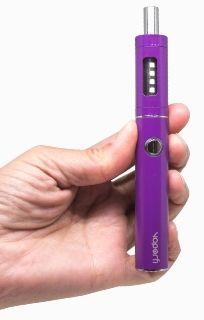 How you feel about the performance is likely to be decided by where you are at in your vaping journey. As mentioned earlier, this is not an advanced device. It is not built for sub-ohm vaping or anything even remotely close to that. You’re not going to hit the trigger and be rewarded with room-filling clouds of vapor that obscure visibility and send others in the building running for fear that the place is on fire. No, this is not that kind of device.

Instead, you get a pleasing burst of vapor with just the right amount of flavor from their in-house range of eliquids to create a smooth, satisfying vaping experience – for new vapers, of course. The device is powered by a 1000 mAh battery, and offers 2 ohms of resistance in the atomizer. That battery may not be the most impressive on the market, but it seems to be just about ideal for use with this atomizer. In addition, it recharges quite quickly, which is always a positive feature for any vaping battery. Seriously, who wants to sit around waiting for a battery to charge? Nobody – that’s who.

Now, there’s one really positive thing that we need to stress here, and it’s something that most newcomers to vaping are going to want to hear. It has to do with that burnt metal taste that you can get with so many cheap cartomizer products and other starter kit offerings. That’s a major turnoff for most smokers, and often deters people from quitting their combustible cigarettes in favor of vaping. Obviously, we want to encourage people to stop smoking, and to do that we need products that offer as much comfort as possible without noticeable drawbacks.

The Pro 3 had eliminated that burnt taste, and lacks the aftertaste that repels vapers and smokers alike. That’s a real benefit that is enough to make this product worthy of the attention it’s receiving. Along with its ease of use and consistent performance (for its class), the taste benefit makes this product the one to beat when it comes to entry-level vaping devices. As a result, we highly recommend it to anyone who just wants a simple introduction to the vaping lifestyle.

The Pro 3 is the latest version of that old reliable VaporFi Pro model that was designed for use by newcomers to the vaping experience and others who wanted to avoid using the more complex APVs or large box mods, they have produced on of the best vape pens to date. That model was considered by most observers to be a major step up from those cheap mini-cigs, producing far more vapor and a better hit to the throat than its weaker cousins. The original Pro managed to strike a great balance between thick vapor production and tasty flavor, and earned high marks from many reviewers.

The Importance of Vaping Accessories That You Can’t Live Without