Vaping and Teeth: Is There Danger for Your Oral Health?

Is There Danger for Your Oral Health? With millions of former smokers now enjoying the vaping experience, there’s been plenty of discussion about the health consequences associated with this relatively new nicotine-delivery. Critics and supporters alike have gone back and forth in debates about what the science actually says about the impact of vaping on respiratory health, circulation, and other bodily systems. As a general rule, however, there has been far less attention paid to another serious area of human health – namely, dental health. When it comes to vaping and teeth, what’s the real story? Let’s find out.

The fact is that many vapers may not actually give much thought to this issue, since they’re content to know that they just feel better after switching from tobacco to vaping. The research does indicate that vaping is vastly healthier than smoking – perhaps 95% safer than those combustible cigarettes, in fact. Still, when people cite that safety statistic, they are typically referring to the type of health concerns that we tend to worry about with smoking: respiratory issues, cancer, and so on. Little if any attention is paid to the teeth and gums of those vapers.

Nevertheless, oral health is a major concern in the West, and something that everyone should care about. After all, you only get one set of natural teeth, and a failure to take care of them properly can result in a wide variety of negative consequences that can extend far beyond dental concerns. Take, for example, gum disease: periodontitis has been linked to a number of other bodily health concerns. Weakened and decayed teeth have similar health repercussions. The fact is that poor oral health can leave you susceptible to heart disease and any other medical ailments. As a result, your dental well-being does matter, and thus it is important to know whether vaping could be doing long-term damage to those teeth and gums.

Smoking and Your Oral Health 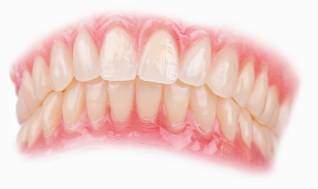 Of course, a discussion about the health impact of smoking and tobacco harm reduction is where these sorts of topics usually begin. And make no mistake about one thing: tobacco is not good for your teeth or gums. We already know that chewing tobacco can lead to a higher rate of oral cancer. What many people don’t know is that smoking can have that same impact. In addition, smoking can cause tooth stains, a reduction in your ability to taste or smell foods and other items, gum disease, and slower healing from bodily injuries. Dentists understand these dangers, and regularly urge their patients to quit smoking.

So, What About Vaping?

There is a tendency for some people to assume that vaping must be as dangerous as smoking when it comes to its impact on the teeth and gums. After all, the reasoning goes, if smoking can stain teeth, vaping probably can too. If smoking causes oral cancer, surely vaping has the same impact. If smoking reduces your ability to taste and inhibits your sense of smell, then doesn’t vapor have that same effect? That’s the same sort of logic that causes many government officials to automatically assume that vaping can cause cancer because electronic cigarettes and combustible cigarettes both emit something that looks like smoke. Of course, we know that only one of the two actually produces smoke, but try telling that to someone who’s already predisposed to believing that vaping is dangerous.

Vaping has not been demonstrated to stain teeth, so that is indeed a positive benefit that you can enjoy when you switch from cigarettes to e-cigs. For many people, that will be sufficient reason to make the change. For others, the actual impact of vaping on oral health is of more importance – and in that regard, the science is not yet clear.

Here’s what we do know:

Of course, those effects are the result of nicotine and not necessarily just vaping-related. In fact, for vapers who use e-liquids with zero nicotine content, those issues shouldn’t be a concern at all. At the same time, however, it is important to recognize that the health of your gums can be an issue when you vape – so you should continue to have regular dental check-ups to screen for potential vascular effects on your gums, and possible gingivitis and other conditions.

Putting It in Context

While the effects of nicotine might be enough for some of the more rabid vaping opponents to declare the activity unsafe, that simply isn’t the case. Again, we already know that scientists have declared vaping to be roughly 95% safer than combustible tobacco. So, and consideration of nicotine’s impact on the teeth needs to be put into that context as well. And when a comparison between the two activities is made within that context, it becomes even more difficult to argue that vaping is not the superior choice.

If you smoke, then we already know that your teeth and gums are being exposed to thousands of chemicals – many of which can cause cancer and other diseases. We already know that the smoke contains tar that can stain and otherwise disfigure teeth and gum. Oral cancer becomes a real concern, as do heart disease and a host of other medical conditions. All of those are absent with vaping.

Moreover, even the amount of nicotine ingested during the vaping process should be taken into consideration during any attempt to evaluate the impact on your teeth and gums. Vapers typically expose themselves to far less nicotine than their smoking counterparts, which helps to reduce the risk of those potential oral health problems. Is it 100% safe? Few things are. What we do know, however, is that vaping is much safer than cigarettes, and that has to count for something.

For vapers then, the real priority should be on early detection of problems. Regular oral screenings are a must. You should also refocus your efforts on oral hygiene maintenance, brushing regularly and flossing each day. Be alert to bleeding and other signs of gum complications, so that you can contact your dentist at the first sign of trouble. And, of course, reduce your nicotine levels wherever possible, and even go to a zero nicotine e-liquid if you can. Since nicotine appears to be the only real tooth and gum hazard at issue here, any reduction in its use should make you even safer.

Vaping and Teeth's healthEffect of Vaping