The Size and Shape

Well! let’s get the elephant in the room out of the way right away. This is a tiny device. It measures only 24.5mm by 12mm by 75mm – making it one of the smaller mods you’re likely to encounter in your vaping journey. Obviously, that small size means that this is a bit of a stealth device, since it should fit fairly easily into most palms. There are also few concerns about ergonomics, since there’s nothing bulky or uncomfortable about holding it. A clear win for Eleaf.

The device itself is aesthetically pleasing, of course. We’d have been surprised if that had not been the case, since Eleaf is fairly well-known for producing devices with aesthetically-pleasing designs. This one is right in line with their track record of excellence, and should be something that you’ll be proud to display, show off, and use. Like the larger iCare, this device has sleek lines and a gorgeous shape that’s sure to please any eye. 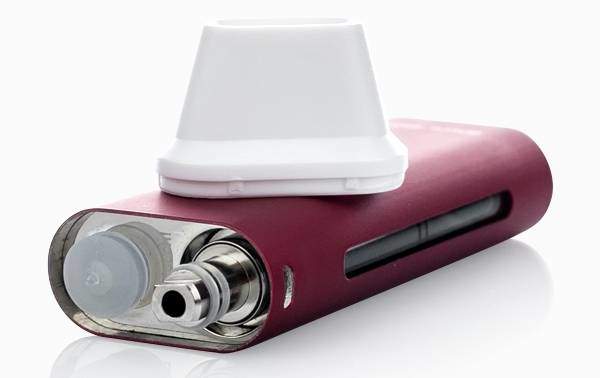 The device also comes with a variety of color options, since there’s no reason that you shouldn’t be able to match your iCare Mini Kit to your mood and lifestyle. You can choose from colors like gold, red, and cyan, or opt for basic black or white. It’s nice to see eLeaf continuing to offer color options at a time when some other large manufacturers seem to be forgetting how important choice can be. 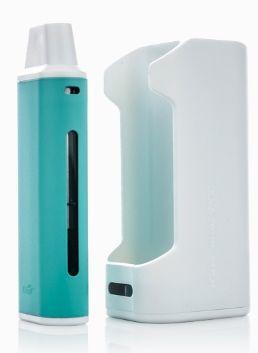 Our first thought was that something this small would almost certainly disappoint us when it came to the power size of the equation. After all, we’ve seen larger mods that disappointed us in that manner, so we didn’t have high hopes for this tiny device. Needless to say, we were surprised to discover that it had more than enough power to provide us with the vaping experience we needed. That all comes from the iCare Mini PCC – which has a 2300mAh batter to provide it the power it needs. Eleaf obviously chose this batter carefully, since it seems perfectly suited for the job it’s being asked to do with the Mini.

Look, if you grab this device expecting to have a huge tank for e-liquid that will let you vape all day, then you deserve to be disappointed. Remember those size dimensions we gave you earlier? Of course this thing has a fairly small liquid tank! Still, for something as small as it is, the fact that the iCare Mini is Kit even capable of hilding 1.3 ml of e-juice should be chalked up as a major positive. Face it: when you’re this tiny, anything over 1 ml is a real achievement for carrying capacity. 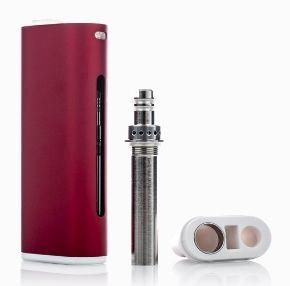 Obviously, you shouldn’t be expecting something this small to be packed with as many features as a Swiss Army Knife – and you probably don’t want them either. Few people who are drawn to these mini devices are looking for a host of off features. Most are just looking for a solid vaping experience that is achieved with the smallest possible device. They want portability, sustained power, and a nice blend of vapor production and taste, this alone is the recipe to use vaping instead of traditional cigarettes.

With the Mini, you get an internalized tank that comes with a superior airflow system for maximizing your vapor production. The device does have a few bells and whistles, such as an LED with three colors, and an auto-firing feature that avoids the need for button firing when you vape. Of course, the battery is designed for long periods of use too, and that makes the device even more useful for anyone who just wants something with portability.

The Mini Kit comes in a starter kit, of course, so it is important to know what you’re getting for the cost. Each package comes with your iCare Mini Kit, a USB cable, manual, 2 heads, and that Mini PCC for charging. In short, you have just about everything you need to get started with your vaping right away. All you need is a charge and some e-juice and you’re ready to start making clouds! The maximum output wattage is 15W, which should be more than enough for your casual vaping needs but a little low in comparison to other vape pens.

The Mini utilizes a draw activated design, which enables it to maintain battery life by only being on when you’re actively inhaling your vapor. Some might call that simple, but it remains one of those features that many box users still love. Along with the adjustable air flow, that draw feature enables you to enjoy hours of sustained vaping on the go, without taking time to recharge every couple of hours. In fact, the manufacturer suggests that its system can provide as much as 3.5 times as much battery life as you could get with the larger iCare. We don’t know if that’s exactly right (mainly because we neglected to clock it) but that seems about right to us. Eleaf obviously knows that its customers lead busy lives, and it has wisely created features designed to appeal to those characteristics and needs.

Once you prime your wick and start vaping, you’ll be pleasantly surprised to see just how much vapor this diminutive device can generate. Sure, it’s not the massive clouds that you can expect to see with larger sub-ohm devices, but it’s far more than we anticipated when we first started experimenting with it. The device performed well above out expectations, both in terms of vapor production and taste retention. If you are after a bigger hit then the only real option is to upgrade, you can see some examples in our best box mods area.

In the end, there is no higher praise than to say that the Mini does what its makers claim. It is, at its core, a tiny version of the iCare that basically does everything that device does, but adds to it a longer battery life and more convenient size. When the iCare came out, it was latched onto immediately by many who were looking for an effective and portable device. The Mini is everything the iCare was and more – which means that none of us should be surprised to see it eventually take the place of its larger cousin.

Tips For Cleaning Your Vape Tank and Mod